The story of the Gävle goat is just too good, including the 2015 status:

A 26-year-old man fleeing the scene with a singed face, smelling of gasoline, and holding a lighter in his hand was arrested. Under questioning, he admitted to committing the offence, adding that he was drunk at the time and that in retrospect, it was an "extremely bad idea" 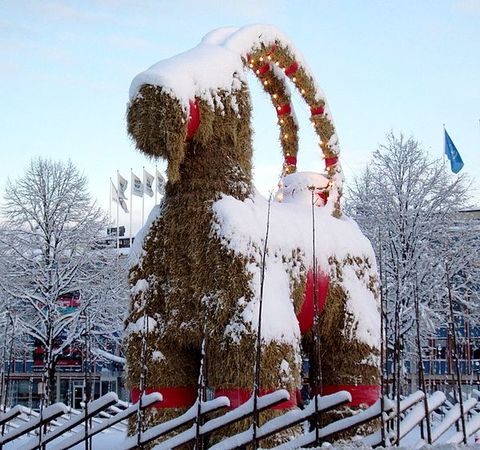